I use a lot of bird imagery in my poetry.  This is not unique to me.  For example, one of my favorite poems is “Windhover” by Gerard Manley Hopkins. 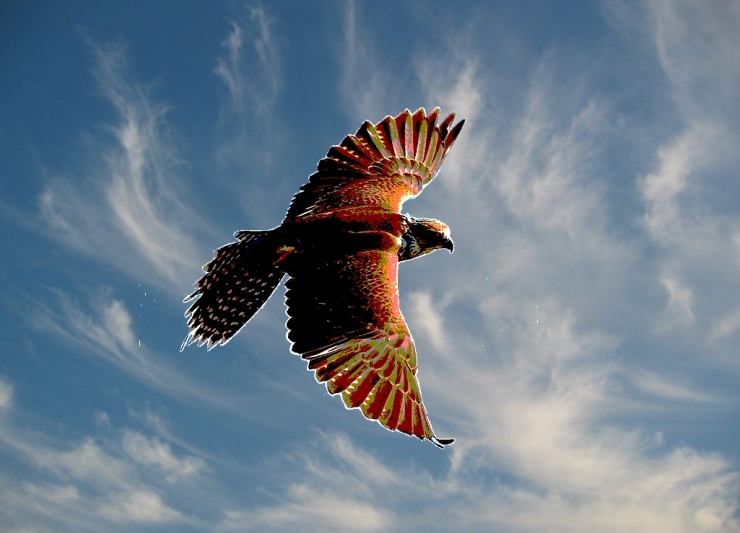 And of course, I’ve talked about how Emily Dickinson also uses bird imagery.

For that matter, Tori Amos (the Belle of Amherst reborn IMHO) noteably has the song “Black Dove” as part of her magnificent album From the Choir Girl Hotel.

I saw Tori Amos and Alanis Morrisette in 1999 in Phoenix, Arizona. It was an epically odd combination, but it was something I will remember until I die.

Speaking of death, the title of this post comes from a comedy routine by Eddie Izzard.

The punchline here is that when presented with two options, one good (i.e. cake) and one bad (i.e. death), why would anyone choose the bad option?

Good question. One I will return to in a moment.

This is me, for now, reaching back to the first part of my post before I continue.

I am just about ready to release a book of poetry entitled two dozen roses, but I won’t be including mercy, karma or ink in that volume.  Those poems will come out in another volume, with the other poems that are cavorting around my head right now.

I am thinking about the title of that volume having something to birds. We’ll see.

Once I have a concept, I can write a poem in a couple hours.  I usually try to sleep on it, though, and polish it the next day.  Sometimes I miss things that I correct later.  So some of the poems in my upcoming volume will be slightly different than what was originally posted, at least for now. At some point, I will synch them.

What I am the most excited about is that this volume will include previously unpublished poems, such as dagger, bonfire, revolver to go along with rope.

Another poem that will be released in this volume is Wonderland. I originally conceived it as a companion to Las Vegas and Manhattan.  It’s the poem that gives the background to what I want to discuss with this post.

A lot of people confuse the Queen of Hearts from Alice in Wonderland and the Red Queen from Alice Through the Looking-Glass.  Tim Burton doesn’t even try to separate them in his movies, including parts of both books in the first film.  (I love the movies, but I feel compelled to point out the artistic license that he took with the novels).

The Queen of Hearts is a great cook but childish and violent. The Red Queen can be equally violent but is kind of like a sociopathic Mary Poppins. One flouts the rules, the other demands them.  Very different in nature but both equally threatening to Alice.

So here is my point: I know there are Two Queens who mean me harm, in real life.

I have apologized once, and I will apologize again: I was wrong, I was hideous, I was arrogant, I was high (which still isn’t an excuse), I was less than who I normally am.

Because, once you put a price on someone’s head, it is out of your control. Any good you might have hoped for will be nullified by its own too-much. (Unless you simply don’t care what carnage you create. Hopefully this isn’t one of the cards in your deck.)

I mean, that’s the message of Unforgiven by Clint Eastwood, right? Vengeance destroys everything it touches. And, in the end, it is meaningless and degrading and just wrong.

So here’s your choice: cake or death.

Expanding upon the title of this post, another word for cake is torte.  Tortes are delicious, especially if they are chocolate with strawberries on top.

A tort is something else entirely. Tortes are often scrumptiously bittersweet but a legal tort (more specifically a “tortious interference of claim“) is nothing but bitter for everyone involved in it.

And yet that is where I am at with this decades-long vendetta against me.

My grandma always used to say she was too stupid to hold a grudge. So call me stupid.  Call me an idiot. Call me a moron. Call me a bitch. Call me a witch. Get it out and let it go.

Because, with this volume of poetry, I will have gotten it all out and I will be letting go.

1 thought on “cake or death”