What is the saying… shake the family tree and all the nuts fall out?

Being, personally, a person who might be considered a nut by her own family (unjustly, I might add), I would probably just remain silent and give you this look. 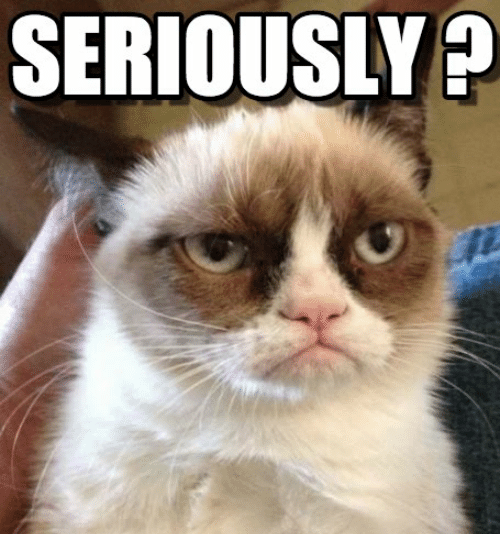 The ironic thing is, from a larger world view, my family are probably the nuts.

Religion makes us believe weird stuff because it wraps us up while we are still in the cradle. And it scary to consider the alternative, of no God, and so you can’t really blame parents for inculcating their children in something that might give them comfort and a moral code to abide by as they grow up into (hopefully) happy humans.

Rebuttal of concession as follows:

I have always appreciated the lyrics to this song because I am a skeptic who thinks that we should just “measure these things” by our eyes and brains.

Sometimes I call myself a secular humanist, because that’s true too. Bottom line: I still have some questions for which there apparently are no answers, and so skepticism and secularism is the only place where I can reside without betraying my soul.

And you should never betray your soul.  You live a cursed half-life if you do.

But, if you make the commitment to live in that state of truth, it comes at a very high price. There’s a struggle to be yourself and still identify in some way with your childhood religion that you will never quite resolve, and only others like you get it.

Clearly, this video has elements from another great “I’m a Skeptic” song from the era.

So I pick and choose what I can and cannot abide from my family’s belief system.

One of those things is a love of telling stories about family members. It makes me happy.

To that end, I’ve been brushing up my knowledge about the French Huguenot settlers of New Paltz, New York, one of whom is an ancestor.  (Which means I could visit the town as an honored guest). They were called The Duzine because they were twelve men and assorted women and children, i.e. Duzine = Dozen.

Note: I really don’t like being considered an “assorted” anything, but this was the 1600s.

These colonists were a bit bougie, compared to the English Puritans who settled in Plymouth, Massachussetts during the same time.  They were educated and well-off and planned ahead. Over time, they mixed blood with the Pilgrims and became an amalgamated version of New England Protestant. Then my particular branch caught a bad case of revelatory religion in upstate New York in the 1800s and moved out West.

But all this is probably boring to you, the reader.  Do you know who the most famous former resident of New Paltz is?  He’s short, he’s grumpy, he’s … no, not that guy.

No, it’s everybody’s favorite Lannister! Which isn’t hard since he isn’t a sister/brother fucker or a psychopath and… he’s the only one not dead at the end. Yay! 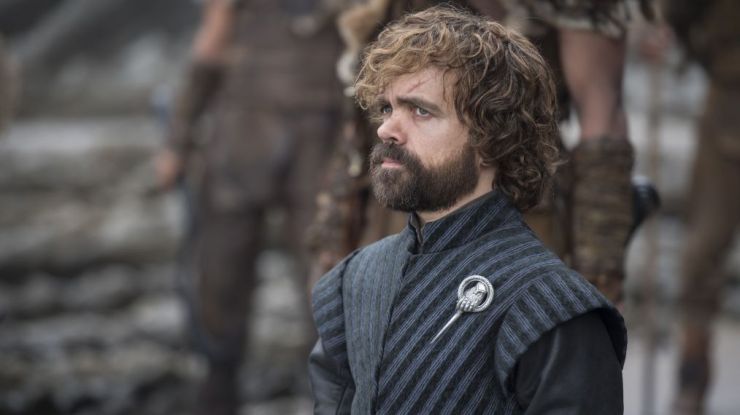 Given his heritage of  being German-Irish and his hometown, there is a very real possibility that I am distantly related to Peter Dinklage too, just like I am Clint Eastwood.

And, you have to admit it, that’s some bad-ass bloodline there.

BTW, we are also related to Mary Todd Lincoln, who might have had severe anemia which affected her judgment, as well as having a husband who was shot right in front of her eyes.  We have so much sympathy for Jackie O, then why not Mary Todd?

So, I’ve said enough interesting things for today, probably.  I have a poem to release, but I don’t know if it will be in my upcoming collection or in a later one.

That’s because, whenever I write a poem which leads me to muse, “Hmmm, this doesn’t fit in here”, then I bump it into another collection and build future poems around it.

Ergo, I now have two poetry collections I am working on. I am thinking for the second one, maybe… six feet deep.

Sorry for the morbidity. I’m actually looking forward to the weekend. Enjoy the poem.

my people aren’t fancy.
we don’t party on yachts.
like Ma Joad, we move on,
our lives tied down with knots.

the journey we have made,
some might call it The Dream;
but I’m here to say that
it has all been upstream.

my daddy’s kin are Rebs
from West Virginia to
Canada, Arizona,
with Utah in there too.

my mama’s kin are not
as easy to ascertain:
Irish and French and Swiss,
all cut across the grain.

me, I’m a country girl
who’s read a lot of books.
try too hard to be else,
and I draw dirty looks.

I’ve spied the tree that bore
the bounty that is you;
and though I am not less,
I fear I will not do.

1 thought on “shaking the tree”